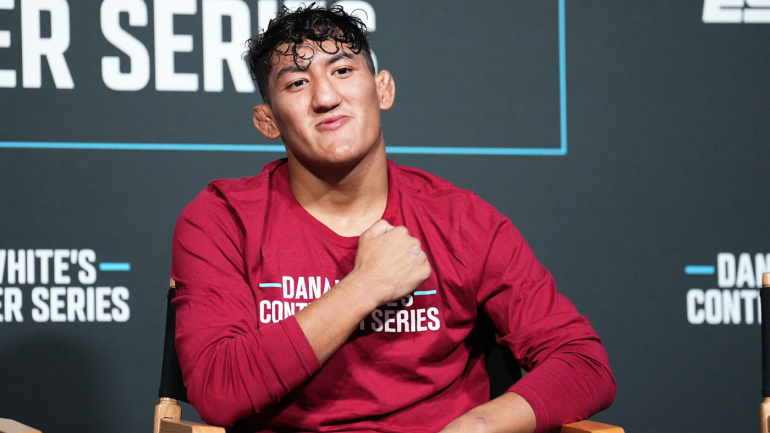 Raul Rosas Jr. is officially a member of the UFC. Rosas, 17, put on an impressive performance on “Dana White’s Contender Series” on Tuesday, which wowed the UFC president enough to sign him to a contract.

Rosas Jr. swept Mando Gutierrez, 25, on the scorecards to achieve a three-round unanimous decision in the bantamweight division. It was the first time Rosas Jr. (6-0) has gone to a decision but was against a significant step up in competition. Rosas Jr. promised to usurp Jon Jones’ record of becoming the youngest UFC champion. Jones claimed the UFC light heavyweight title against Mauricio Rua in 2011 at age 23.

While Rosas Jr. set his sight on Jones’ accomplishment, he snatched a different milestone. He beat Chase Hooper’s record for youngest UFC signee by two years. There was no doubt in White’s mind that Rosas Jr. is UFC ready.

“There was nothing to even discuss. We didn’t even talk about it back there,” White told reporters at the post-fight press conference. “I’ve never seen anything like it… He’s absolutely positively talented, he’s special, he’s different. At 17 years old, you just don’t see kids that age handle themselves like that.”

Quite a lot Crossword Clue

How to Watch Oregon at Washington State: Stream Women…

How to Watch Saint Mary’s (Calif.) at San Diego:…