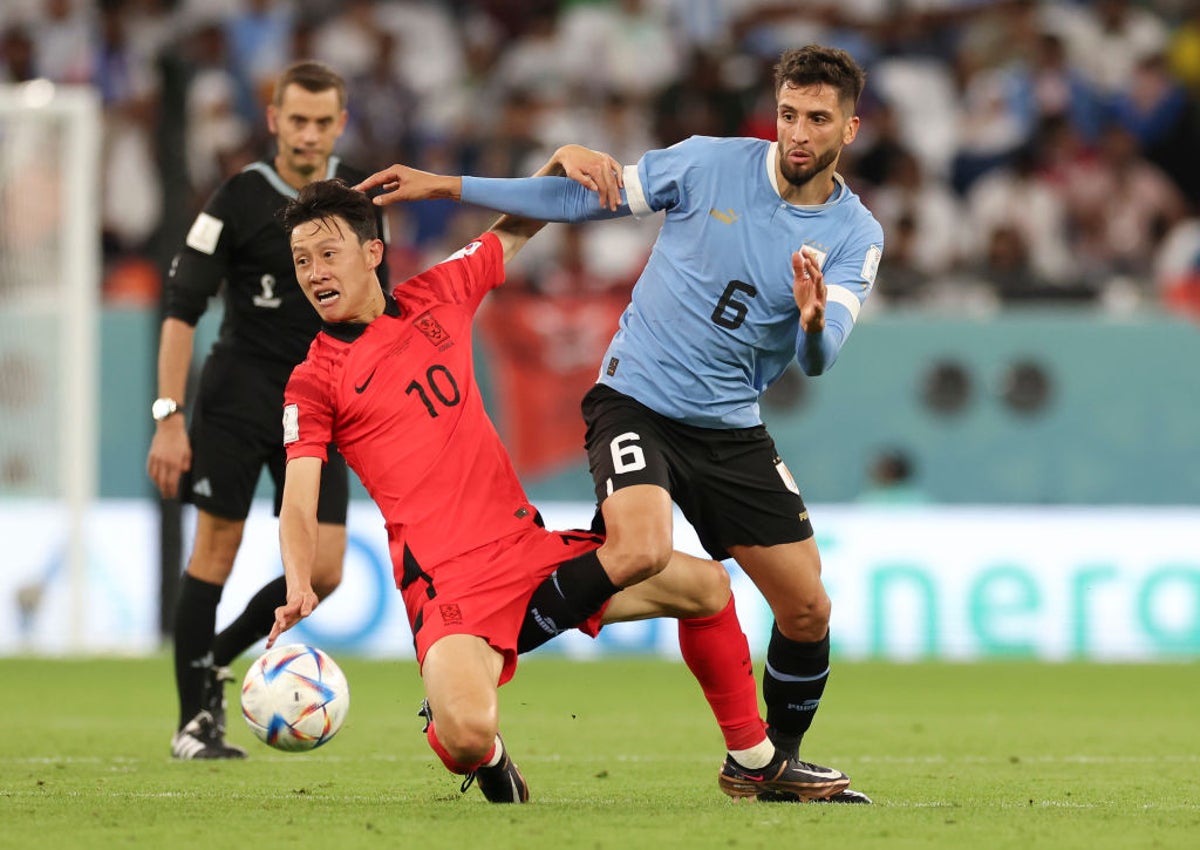 The World Cup in Qatar saw yet another goalless draw as Group H got under way at Education City Stadium with a 0-0 stalemate between Uruguay and South Korea. Tottenham Hotspur star Heung-min Son played despite recently fracturing an eye socket, but was unable to inspire his nation to victory, despite some bright moments.

Uruguay may well be disappointed with their performance, albeit they twice struck the woodwork in the game; first via a well-timed header from veteran defender Diego Godin, then late on when talented midfielder Federico Valverde struck the post with a powerful long range strike. The result puts pressure on both teams, with Portugal and Ghana to face off later in the day, each now with a golden opportunity to take all three points to top the group.

You can see how the actionin the game unfolded below with Standard Sport’s dedicated match blog!

Here’s a link to our report from the goalless draw between Uruguay and South Korea.

Attention will now turn to Portugal and Brazil’s opening games at 4pm and 7pm (GMT) respectively this evening. Over and out.

Uruguay with late pressure, a corner conceded and a chance to stick it in the mixer, as they say. It’s whipped in from the left right-footed, but collected by goalkeeper Kim.

That is that. We have another 0-0 at this World Cup, I’m afraid.

94 mins: All of a sudden, the game has come back alive! South Korea with a second wind, trying to clinch a shock victory.

This ain’t over yet…

90 mins: Wow, that was nearly a spectacular late winner!

Valverde, out of nothing whatsoever, blasts a shot from all of 30 yards, and it rattles the post! Goalkeeper might have had it covered, but what an effort nontheless.

Varela replaces Pellistri, as Cho goes into the book for a clumsy foul.

84 mins: A poor pass from Nunez towards Bentancur lets Uruguay down after building a good move.

82 mins: Oh, Darwin Nunez, that was nice. He tucks inside and powers a shot towards the far corner. Cavani was jumping across trying to get his head on it, as well.

81 mins: A few cynics on social media are suggesting this could be the worse game of the World Cup so far. Hmmm, maybe, maybe.

This is what Uruguay tend to do, though. They’re not brimming with goals, they’re often not pretty at times. But don’t bet against them smashing and grabbing this late on.

79 mins: Vecino and Olivera are replaced by De La Cruz and Vina.