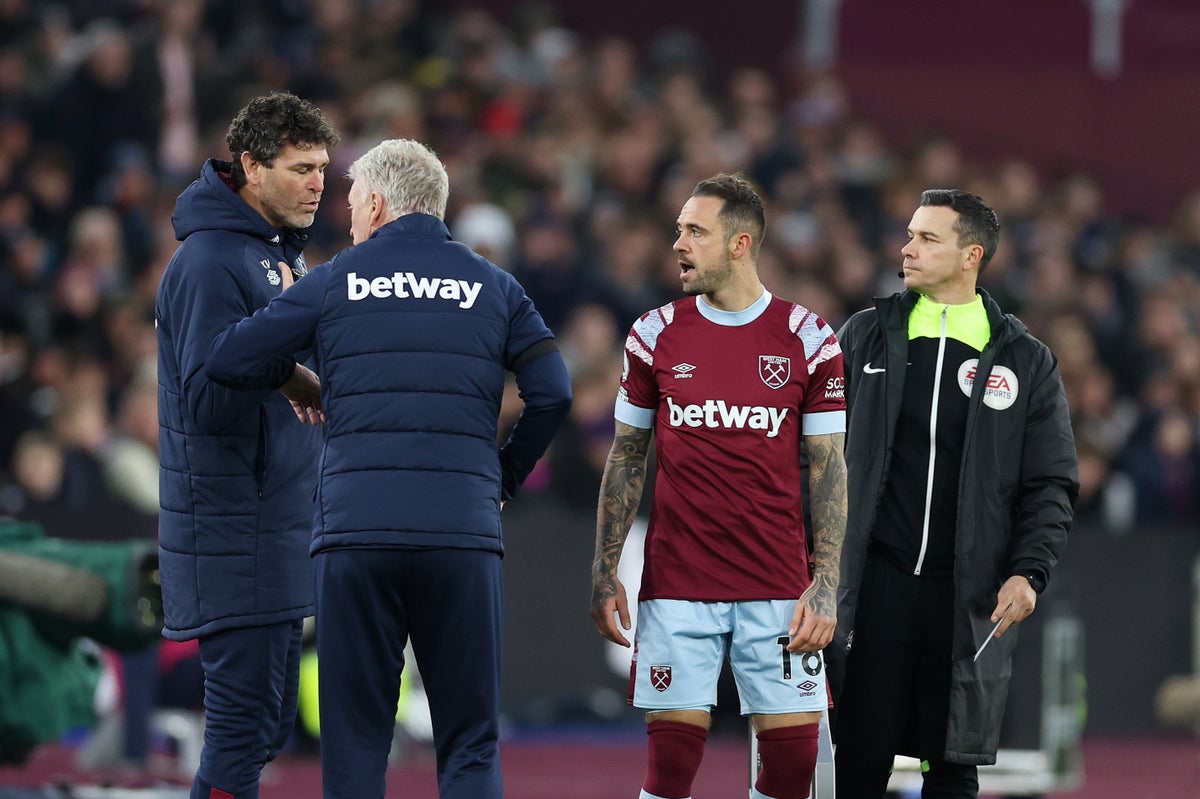 ew West Ham signing Danny Ings faces a spell on the sidelines after suffering a knee injury on his debut against Everton on Saturday.

West Ham bought Ings for £12million last week to boost their goalscoring threat and his injury will be a huge frustration for David Moyes, who is set to be without the striker for at least a few weeks.

Igns has been ruled out of next Monday’s FA Cup trip to Derby and is expected to miss Premier League games against Newcastle on February 4 and Chelsea on February 11.

West Ham are optimistic the injury is not serious and hope the 30-year-old could be back to face Tottenham on February 19.

Ings has suffered two major knee injuries in the past but his latest injury is not linked to those.

He came on as a substitute 18 minutes from the end of Saturday’s 2-0 win over Everton and was caught by a late tackle in the closing stages as West Ham recorded a crucial win in their battle to pull away from relegation danger.