Why Bills are atop first NFL power rankings of season, plus Sue Bird has played her final WNBA game 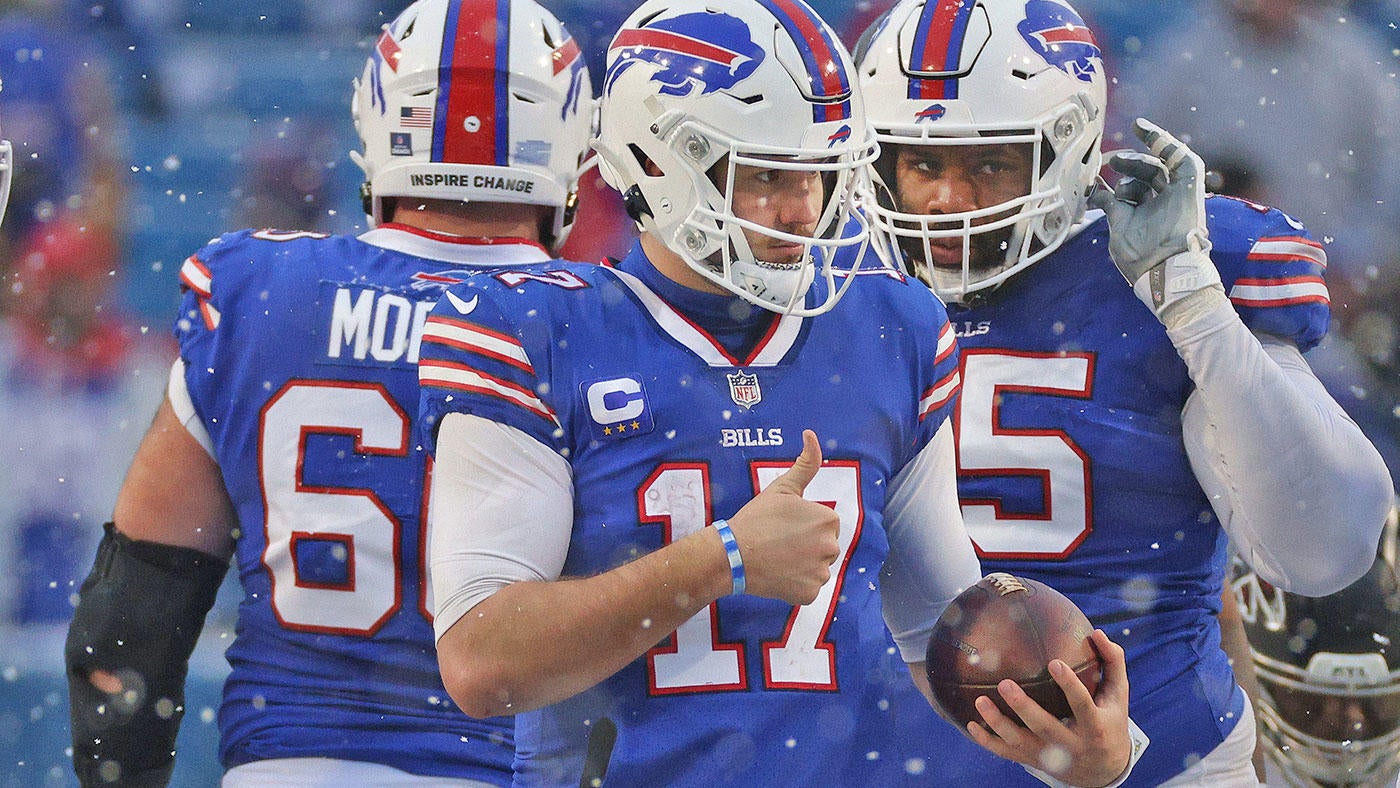 Let’s get right to it.

It’s that time of year again. The NFL is back this week — tomorrow night(!) to be specific — and it’ll feature the number one and number four teams in NFL reporter Pete Prisco’s Week 1 Power Rankings. That’s right: The Bills have taken over the top spot, while the reigning Super Bowl-champion Rams are fourth.

Prisco: “The Bills showed in their playoff loss to the Kansas City Chiefs in January — I promise I won’t use the phrase ’13 seconds’ that much anymore — that they can play with anybody on the big stage. … The Bills seem to have gained a ton of swagger from that gut-wrenching loss, which is rare, but that’s the feel you get from the Bills after spending time around the team. They now know. That’s a big difference from thinking it.”

The Saints are the biggest leapers since Pete’s last Power Rankings, going from 23rd to seventh. The Broncos, meanwhile, are one of the most hyped teams this season after acquiring Russell Wilson, but they’re down from eighth to 17th. “I still see them as the fourth team in the division,” Pete says. That’s a bit of a surprise to me, but we’ll find out soon enough!

… AND ALSO A GOOD MORNING TO THE GEORGIA BULLDOGS

It’s clear that no one left a better impression in Week 1 than Georgia. The Bulldogs, after dismantling then-No. 11 Oregon 49-3, are up from No. 3 to No. 2 in the latest AP Poll, leapfrogging Ohio State despite the Buckeyes’ 21-10 win over then-No. 5 Notre Dame.

Here’s the top five, with first-place votes and last week’s rank in parentheses:

Oregon, meanwhile, fell completely out of the top 25 and Utah went from No. 7 to No. 13 after losing at Florida. The Gators — unranked a week ago — are now 12th ahead of a big clash with No. 20 Kentucky. Florida is also No. 14 in our college football insider Dennis Dodd’s Power Rankings.

Dodd: “Whatever deficiencies the Gators may have this season, Anthony Richardson looks poised to mitigate most of them. My goodness, he was clearly the difference against a stout Utah team as Billy Napier’s bunch got off to a hot start with their highest-ranked win ever in a season opener.”

Oh, and here’s the Coaches Poll as well.

Chelsea Gray is the Ace up Las Vegas’ sleeve. She has ice in her veins, and, now, she has her team one series away from a title.

After scoring a playoff career-high 29 points in Game 3 Sunday, she upped that to 31 in the series-clinching 97-92 Game 4 win to send the Aces to their second WNBA Finals in the last three years.

Gray became the first player in WNBA playoff history to have 30 points and 10 assists in a game. She’s now averaging 24 points on 63 percent shooting (59 percent from three) this postseason.Las Vegas won despite an WNBA playoff record-tying 42 points from Breanna Stewart, who will now enter free agency. This also marks the end of Sue Bird’s legendary career, as she’ll retire. Her 13 All Star appearances are most ever.For the Aces, A’ja Wilson also continued her stellar play with 23 points and 13 rebounds.

The Aces’ 90.4 points per game led the WNBA this regular season, and their second-to-none shot-making abilities were on display once again, writes WNBA expert Jack Maloney.

The Aces will meet the winner of tomorrow night’s Sun-Sky Game 5 after the Sun kept their season alive with a 104-80 win. The Sun set a franchise playoff record for points in a game.

The first day of the 2022-23 UEFA Champions League is in the books, and it was dramatic, surprising, star-studded and everything else you’d want in soccer at the highest level.

Let’s start with the good, and that means Erling Haaland, who is very, very good.

He scored twice as Manchester City romped over Sevilla 4-0Haaland now has an astonishing 12 goals in his first eight games for City, and he’s likely to lead the charge throughout the competition.

As for defending champ Real Madrid, Los Blancos easily defeated Celtic 3-0, but the win didn’t come without a price: Karim Benzema left the match fewer than 30 minutes in after an apparent knee injury. The superstar Frenchman was a vital part of Real Madrid’s title last year, and he’s absolutely necessary if they want to repeat.

As for another French star, Kylian Mbappe‘s first-half brace led PSG to a 2-1 win over Juventus. American midfielder Weston McKennie was able to get a goal back for Juventus, though, and PSG’s narrow win despite Mbappe’s brilliance is cause for concern, opines soccer reporter Jonathan Johnson.

Johnson: “This was less PSG making a statement in the end and more the logical difference between the two sides being the outcome but there is certainly more than Galtier’s men can do in coming games. … ‘We are happy, but we also could have done a little more,’ admitted Mbappe after the match.”

PSG will certainly take their result over that of Chelsea, though, who shockingly fell 1-0 at Croatian side Dinamo Zagreb. Chelsea manager Thomas Tuchel called out his players for “lack of hunger, intensity, a lack of determination to win duels to actually do the things on the highest level” and, as our soccer scribe James Benge writes, “something is not right at Stamford Bridge.”

For all of the day’s scores and takeaways, check out our summary here. In the meantime, there are eight more matches today, all streaming on Paramount+.

Last month, the Major League Baseball Player’s Association sent authorization cards for unionizing to minor-league players. It hasn’t taken long to gain momentum. On Tuesday, the MLBPA announced over 50 percent of all minor-league players have signed the cards in support.

This is a big step for several reasons, writes our baseball expert Mike Axisa.

Axisa: “Only 30 percent of minor leaguers need to sign the authorization card to trigger a formal vote for unionization. A majority vote would require MLB to recognize the union under National Labor Relations Board laws, though the MLBPA has first asked MLB to voluntarily recognize minor leaguers as unionized. … Formal efforts to unionize the minor leagues come not long after MLB agreed to pay $185 million to settle a class action lawsuit filed by minor leaguers seeking pay for spring training, extended spring training, and instructional league.”

So, what happens next?

Well, there’s no firm deadline for MLB to voluntarily recognize a minor-league union, nor is there a firm timeline for the process to move forward. There is, however, plenty of momentum on the minor league union’s side.