Wimbledon 2022: Rafael Nadal confirms intent to play in tournament for first time since 2019 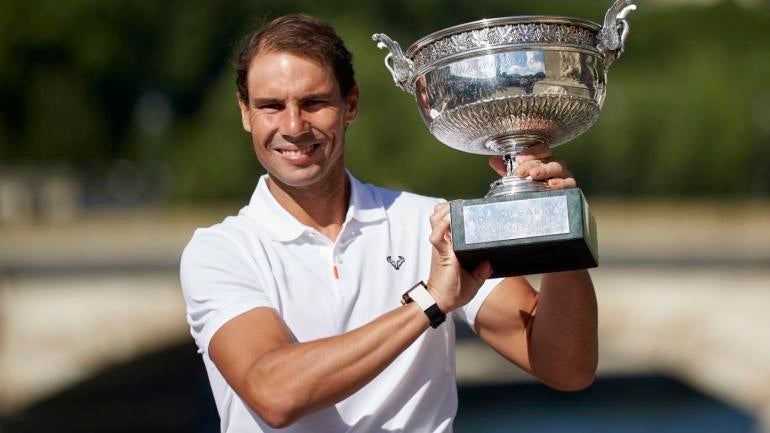 Fresh off of his French Open victory, Rafael Nadal confirmed Friday that he intends to play at Wimbledon for the first time in three years. According to a report by ESPN, Nadal confirmed his intentions at a news conference in Mallorca, Spain.

Nadal had previously stated that he would not play at Wimbledon if a medical procedure to address his Mueller-Weiss syndrome — a condition that causes chronic pain in a foot — was not successful. But after undergoing a radiofrequency nerve ablation and training on grass for a week, Nadal said he feels different and will Wimbledon in an attempt to extend his record of Grand Slam titles to 23.

“[The medical treatment] done in Barcelona is not a 100% immediate thing, but changes are noticeable,” Nadal said. “I have noticed them, strange sensations, my joint pain has decreased. My intention is to play Wimbledon, to travel to London on Monday.”

Nadal cautioned that his playing at Wimbledon is not an absolutely, definitive decision, as his foot needs to be evaluated on a day-to-day basis.

Regardless, Nadal has already had an outstanding 2022, winning both the Australian Open and the French Open.

A two-time singles champion at Wimbledon, Nadal will play in the English tournament for the first time since 2019, when he lost in the semifinals to Roger Federer. The COVID-19 pandemic resulted in the 2020 edition of the tournament being cancelled, and Nadal withdrew from the tournament in 2021 due to his physical condition.