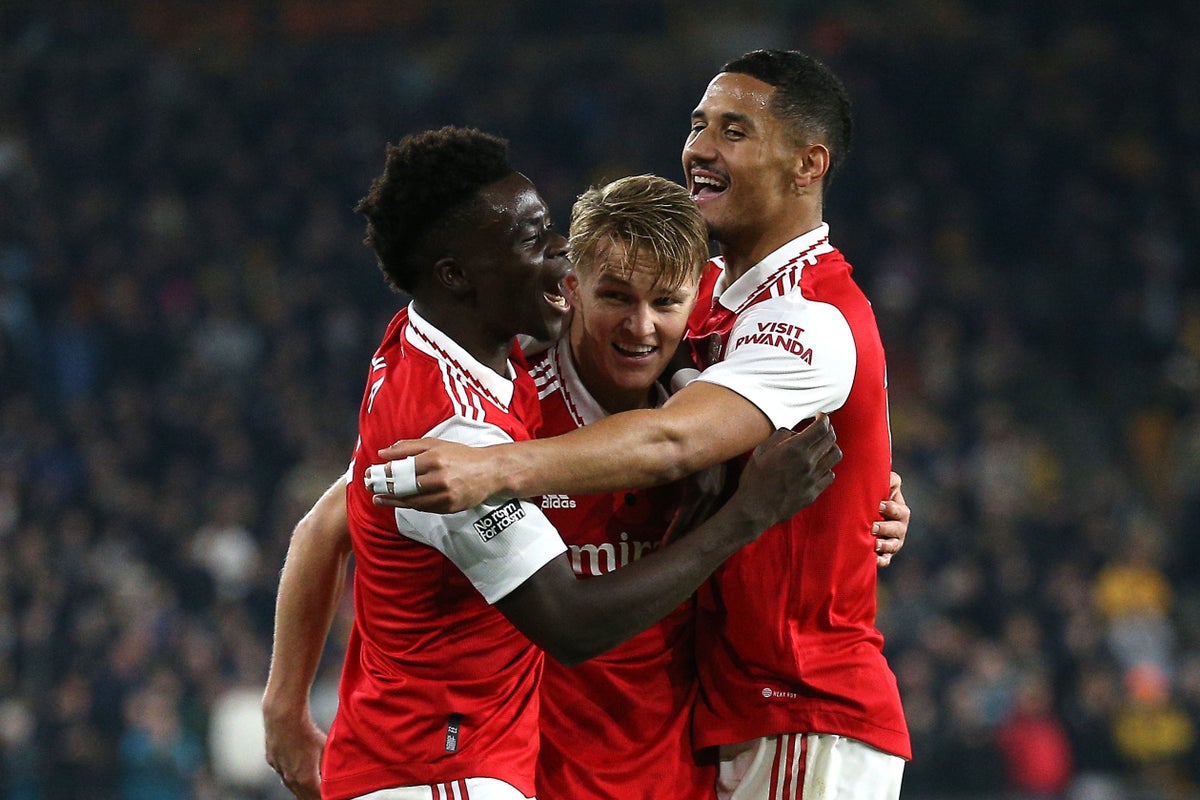 In their final match before the World Cup break, the Gunners were a long way from their best for much of the match, as they looked to take advantage of Manchester City’s defeat to Brentford ealier in the day.

But things eventually clicked into gear after the break, as Martin Odegaard netted a crucial brace to cap off what has been a sensational first three months of the season for the Gunners. They will have the chance on Boxing Day to extend their advantage to eight points when they host West Ham, with City not in action until two days later.

Arsenal reverted to the side that beat Chelsea at Stamford Bridge, while Wolves opted for a back-five with new boss Julen Lopetegui watching on from the stands.

The Gunners dominated possession from the start as the hosts sat deep in their shape, though they struggled to break down the mass of shirts in front of them. Gabriel Jesus was denied by the offside flag as he hammered past Jose Sa, before the Brazilian then fired an effort against the bar as he cut inside onto his right foot.

Wolves had a couple of bright moments on the break, primarily through Goncalo Guedes. He looked to have been brought down by William Saliba, who was relieved to see the linesman’s flag was already up. While replays showed the Wolves man was onside, VAR opted not to award a penalty.

It was a fairly uneventful start to the second-half, the pattern of Arsenal knocking the ball around comfortably without doing too much with it well-established.

That changed ten minutes after the restart, when the Gunners burst into life. Jesus slid a lovely ball through to Fabio Vieira, who dinked it over the onrushing Sa to leave Odegaard with a tap-in at the back post.

The goal ensured Arsenal could keep the ball without any real need to push the pace, with Wolves never looking particulary like forcing their way back into it even after falling behind.

A second for Arsenal, and Odegaard, sealed the deal for the visitors. Gabriel Martinelli, who started the move by winning the ball back high up the pitch, had an effort saved but it fell for the Gunners’ captain to drill home and start the celebrations in the away end.