World Cup 2022: Predicting the USMNT matches in Qatar with a clear path to the knockout stage 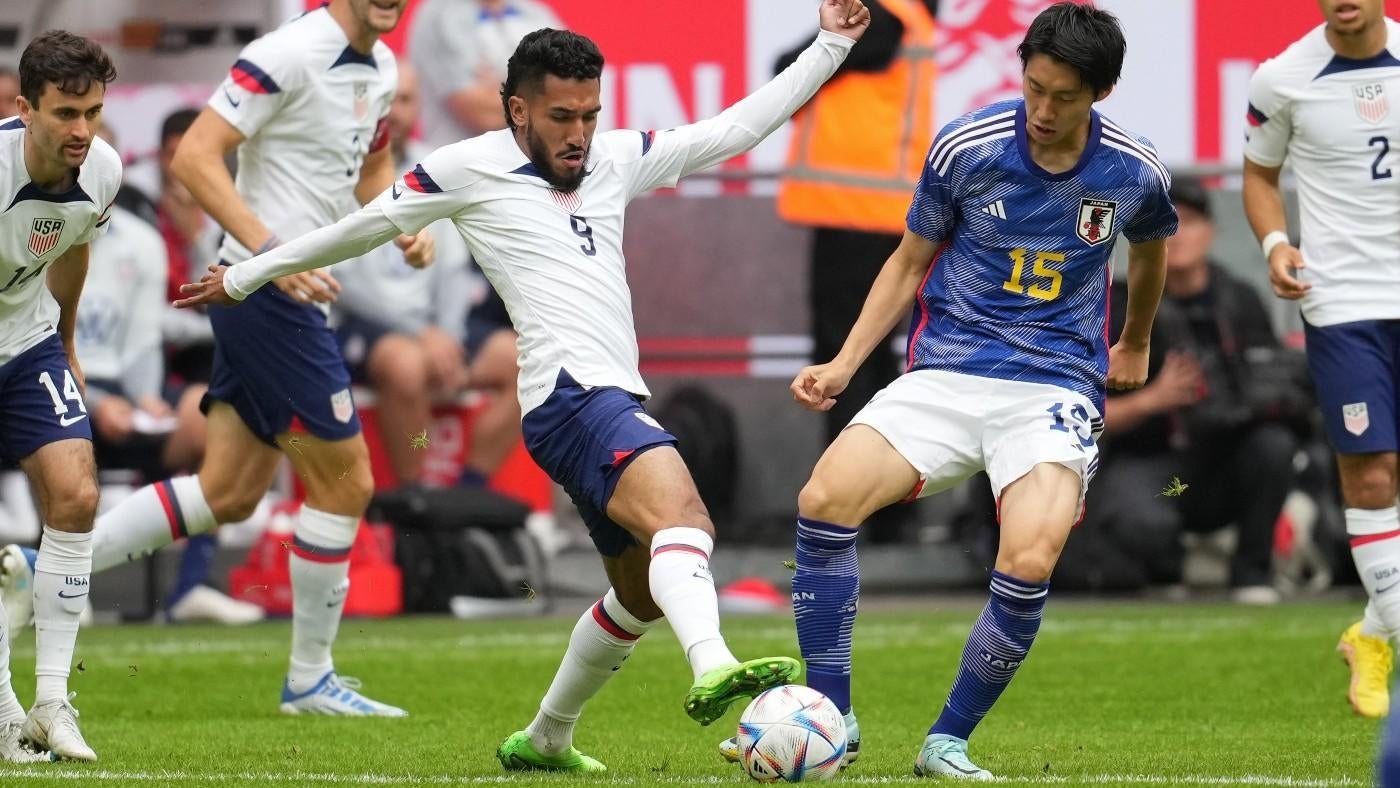 The World Cup is almost here and despite worries about how the United States will perform, the team will still have high expectations after making it to the round of 16 in both the 2010 and 2014 editions of the tournament prior to the disappointing absence from Russia in 2018. But despite struggling at times, this United States squad comes into the World Cup with a pretty good record in tournament play defeating Mexico to win both the Nations League and Gold Cup. The tune-up friendlies in September against Japan and Saudi Arabia weren’t pretty, but seven players who were in the squad against Saudi Arabia on September 27 won’t be in the squad when things kick off against Wales on November 21.

Group B is a tough one with the United States being pitted against England, Wales, and Iran but it’s also a manageable task if the defense can get things together. There will likely be new names in the starting lineup with Zack Steffen being left out of the squad and Tim Ream joining for the first time since 2021, but will they be enough to see the team make it out of the group stage? Let’s take a look at each match and find out with my predictions:

All games are available on fuboTV (try for free)

Given the quick turnarounds, it’s fair to expect a slow start out of the United States in their first match. While they’d rather win against Wales, a strong defensive performance is what’s most important because not losing the opener can give the team room to build on. The team will need to be wary of Gareth Bale, but they can’t focus too much on the LAFC man as Keiffer Moore and Neco Williams can create trouble as well.

It’s a match that will be a good test for the USMNT defense as a tone setter for the tournament, because if they can’t defend effectively against Wales, then the other teams in the group will be even tougher to deal with.

Surprise star: Josh Sargent. Marking his return to the squad with a goal from the bench, Sargent will set himself up well for starting the second group stage match against the Netherlands after Jesus Ferreira gets pocketed by the Wales defense, which is the strength of the team.

Biggest flop: Ferreira. While he’ll create a few chances that aren’t finished by the wingers, at a certain point, the starting nine needs to score goals. Not doing that, Ferreira will likely find himself benched for the remainder of the USMNT’s run at the World Cup.

Pitted against their toughest test in the group stage, the USMNT can’t keep pace. Jude Bellingham and Phil Foden shine for the Three Lions in a match that would see quite a crooked number put up if not for Matt Turner in net. The goal here is for the United States to keep things close so that it doesn’t become a demoralizing loss. Losing to England won’t hurt them much but losing 5-0 to England could cause doubt to creep in ahead of a critical match on the final day of group stage play with Iran.

Surprise star: Turner. When you’re overmatched, it’s up to the goalkeeper to stand on their head in an attempt to keep things close, and situations like these are where he is at his best. An excellent shot-stopper, Turner’s reflexes are on full display as the United States keeps things close.

Biggest flop: Sergino Dest. The murmurs about Dest’s defensive frailties will continue to grow as he’s constantly beaten on the flanks by England’s wingers. It’s not until he’s withdrawn for Joe Scally that things settle down for the USMNT while closing the match out leading to selection questions ahead of a deciding match with Iran.

In a win-or-go-home match, the United States are able to shine at their brightest. Christian Pulisic opens the scoring early with his first goal of the group stage but it’s canceled out before the half by Mehdi Taremi as he splits the defense. But in the second half, the USMNT will spring to life with Sargent netting the eventual winner, bringing his reintroduction into the team full circle. Iran will have chances in the match but a disciplined showing from the midfield will ensure that those chances don’t turn into much of a worry for the defense.

Surprise star: Tyler Adams. At the head of the midfield protecting the defense, Adams puts in an impressive shift, but it’s also his shot in the second half that creates Sargent’s chance for a winner to cap off an excellent game.

Biggest flop: Tim Weah. Berhalter has a tough job balancing his right wingers with Weah, Brenden Aaronson, and Gio Reyna fighting for the spot but it’s a wasteful display for Weah as he loses his spot.

Round of 16 prediction: Netherlands 3, United States 1

At this point in the round of 16, the USMNT are playing with house money but the gap between them and the top teams in the world shows again. The United States can’t nick the ball off of the Oranje as the match gets out of hand. Pulisic scores another goal but the USMNT will leave what has been a successful World Cup with a sour taste in their mouths. Considering how young the team is, this is a growth experience for them ahead of 2026 where hopefully Miles Robinson will be back to his best to enter a tournament without defensive worries.

Surprise star: Pulisic. It’s a World Cup that shows that Pulisic deserves regular playing time. While it’s unclear if that will be at Chelsea or elsewhere, the Blues will have some calls in January for his services.

Biggest flop: Ream. Ream has been a calming presence during the group stage but the match with the Netherlands puts him out of his depth as Robinson missing is felt heavily.

5 Letter Words with ERMB in Them – Wordle Clue

5 Letter Words with ERBM in Them – Wordle Clue

5 Letter Words with RAME in Them – Wordle Clue

5 Letter Words with EBMA in Them – Wordle Clue