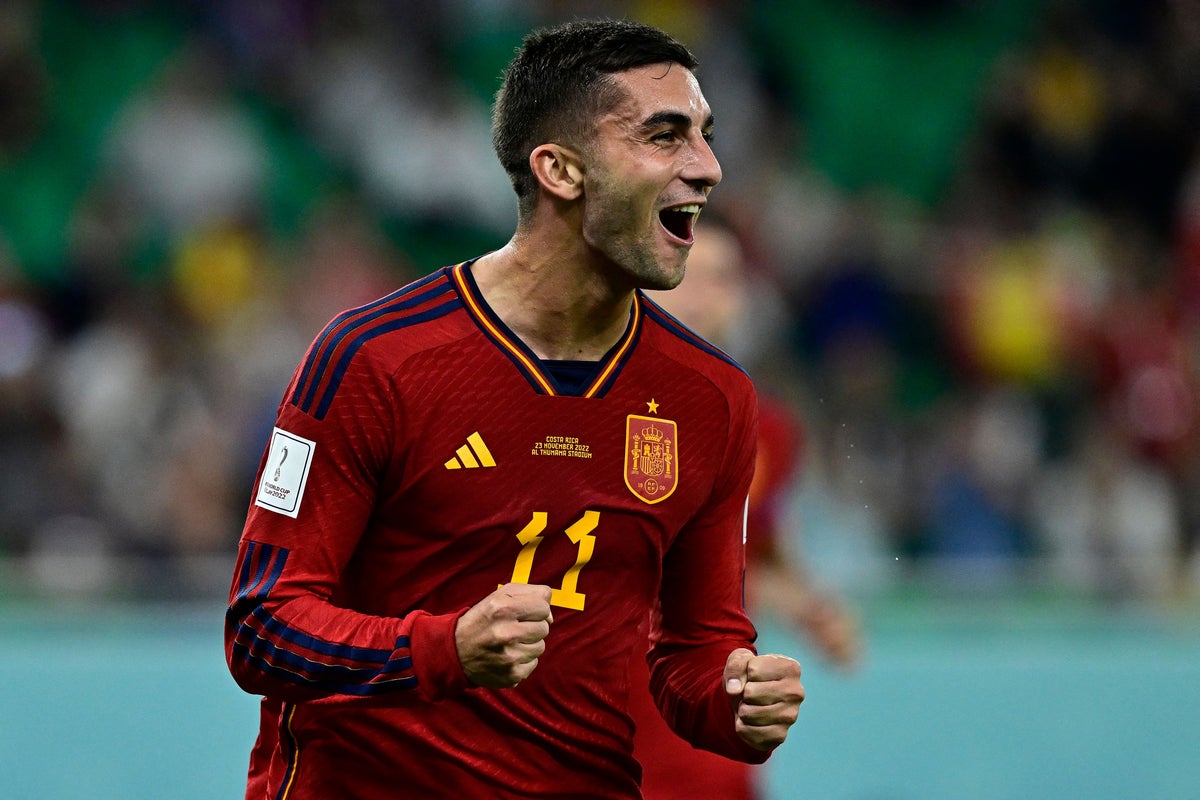 ive players have hit opening week braces to lead the early race for the Golden Boot at the 2022 World Cup.

Goals for Olivier Giroud, Bukayo Saka, Enner Valencia and Mehdi Taremi had them top of the charts as the tournament gets underway in Qatar, and they have company after Ferran Torres struck twice against Costa Rica.

Kylian Mbappe, Raheem Sterling and Lionel Messi have all hit the back of the net but defending Golden Boot holder Harry Kane failed to register in England’s opening game.

Jack Grealish, Jude Bellingham and Marcus Rashford also feature in the early running for England after that thumping win over Iran, while six Spanish players have already found the back of the net.

Here are the latest Golden Boot standings at the World Cup…